What flair for the EGI Ops Team?

Creating groups is a great way to show what roles and responsibilities people have around here. The first one is the @egi-ops team. It would be cool to have some sort of mascot that we can add to the flair, to quickly identify their special qualities. This could be a font-awesome icon, or any other icon (from, say icomoon or some other icon library).

Since we don’t have an existing mascot (which is a tragedy in its own right), perhaps the EGI logo could be slightly modified like the old twitter accounts ? 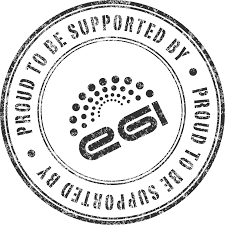 not bad, not bad

I was thinking of something more “iconic” that will scale well and can be attached to images, will be easily displayed when shared across emails/twitter/etc. Like, what thing represents an operator ?

I updated the topic with a poll - quick vote ?